There is a pin on pinterest that has been bugging me.  The pin shows a brightly glowing bottle of mountain dew.  Instructions below suggest that adding baking soda, dish soap and hydrogen peroxide to mountain dew will make it glow.  It looked pretty cool, but how could that be??? It was too cool, I thought, too cool to be true. So I googled the ingredients and came up with this:


But, there had to be a way to make it work.  So I kept looking.  I came across this:

I pinned it.  I thought more people might want to see it.  I called it the "REAL" way to make the glow bottle.  Lots of people were repinnning it.  Then someone said it. "Does Not Work"  Yikes!  Doesn't work?  How could it not work?  It had glow stuff right in it.  Was I perpetuating a hoax destined to disappoint unsuspecting victims????  Say it isn't so!

I should mention that I am NOT the adventurous type.  I am pretty sure my high school chemistry teacher would not have approved of me randomly mixing chemicals that I knew nothing about.  But putting my personal safety aside to I had to try it  and I had to try it  right away.  I did have a small problem. I didn't have any mountain dew.  But the instructions said water was okay.  I used water.  About half a cup of it in an empty water bottle,  I added 1/8 tsp of baking soda, 4 caps of hydrogen peroxide, 1/2 tsp of dish soap and then I cut the glow stick (it was a skinny one about 2 ft long) up into about sections slightly shorter than the bottle and dropped them in the bottle (waiting for the explosion).  The explosion never happened.  So I capped the bottle and shook it.  The shaking created bubbles in the water and distributed the glow solution.

Did it work?  You be the judge!

Now, although it worked.  I have to tell you that the effect didn't last very long.  Maybe an hour before it started to fade.  I think if I were to do it again, I would make soapy water in a bottle and add short glow sticks without cutting them.  I think it would look cool and last a lot longer.

EDITED to add:  I have since tried making this again, Glow Botttle 2.O and I like it a lot better.  I used a water bottle, about 1/4 cup of water, a teaspoon of  dish soap and a quarter of a teaspoon of cooking oil.  Put your cap on, SHAKE, SHAKE, SHAKE, then open the bottle and put a short intact, activated glow stick.  You get the same eerie glow but it LASTS so much longer.
Posted by Suzanne at 8:27 PM

I'm so glad you're here! 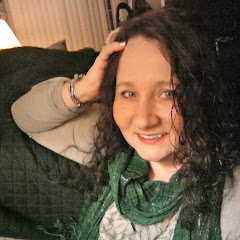